Handel Choir of Baltimore is a critically acclaimed choral ensemble that presents performances of Handel’s Messiah with the Handel Period Instrument Orchestra, as well as other major choral and choral-orchestral works. In addition to its subscription concerts, Handel Choir maintains an active presence in the Greater Baltimore community, performing at civic events, educational programs, concert series and retirement communities. The ensemble’s repertoire spans the Renaissance to the 21st century, with a particular emphasis on the music of the Baroque. Handel Choir has enjoyed collaborations with the Baltimore Symphony Orchestra, Baltimore Chamber Orchestra, American Opera Theater, Peabody Early Music, Baltimore Baroque Band, Children’s Chorus of Maryland, Harmonious Blacksmith, and UMBC Camerata.

Under the artistic direction of Brian Bartoldus, Handel Choir continues its focus on authentic performance practice with the Handel Period Instrument Orchestra, founded by Artistic Director Emerita Melinda O’Neil. Its seasoned musicians, performing on replicas of Baroque instruments, provide a fresh glimpse into the contemporary soundscapes of Bach, Handel, and other celebrated masters of the 17th and 18th centuries. Such specialization imbues performances with a rare vitality, employing phrasing, ornamentation, and rhetorical shape that differ noticeably from the vast majority of modern performances. Handel Choir is Baltimore’s exclusive ensemble dedicated to the performance of Baroque choral-orchestral works with such authenticity.

The continuing development of the choral repertoire is central to Handel Choir’s mission. As such, Handel Choir has commissioned and premiered several new choral works in recent years, including Requiem for the Fallen by Jonathan Leshnoff, Song of the Shulamite by Donald McCollough, and Houses of Peace by Joshua Bornfield. Maestro Bartoldus is particularly committed to engaging with composers from the Baltimore region, as well as championing composers from historically underrepresented groups. He is proud to perform and premiere works by such talented and celebrated colleagues as Roxanna Panufnik, Joshua Bornfield, Tawnie Olson, and James Lee III.

Chandos Singers, inaugurated in 2006, is a chamber ensemble of approximately four to six singers per part selected from the larger Handel Choir. The group often performs in smaller concert venues as an emissary of Handel Choir and in repertoire more suitable for a smaller ensemble.

Chandos Singers have performed several works with period instrument orchestras, including Handel’s My Heart is Inditing and The King Shall Rejoice; Bach’s Weinen, Klagen, Sorgen, Zagen and Jesu, meine Freude, and a cappella works by Tavener, Messiaen, and Duruflé. In 2010, Chandos Singers gave a staged performance of Handel’s Jephtha in collaboration with American Opera Theater and the Ignoti Dei Orchestra of period instruments. In 2012, they performed Purcell’s Dido and Aeneas and Dunphy’s Gonzales Cantata in collaboration with Peabody Early Music, Peabody Chamber Opera and American Opera Theatre.

Their name is derived from the Duke of Chandos, an important patron of G.F. Handel when he first moved to London from Germany. Handel’s compositions for the Duke’s talented chamber musicians, most notably his ‘Chandos Anthems,’ represent the Baroque master’s first major body of English language choral works.

Handel Choir of Baltimore performs baroque, classical and early-romantic music with instruments modeled on those used in original performances.

The following introduction is excerpted from program notes authored by Christoph Richter, concertmaster of the Handel Choir Period Instrument Orchestra, and Melinda O’Neal.

Music in the baroque and classical style eras was performed on instruments of different construction from our present-day instruments. The tone colors of those instruments, intended for smaller spaces and fewer singers, was more varied and transparent; phrasing was more specifically articulated; ornaments were employed more readily; a smaller number of players and singers was used; the resulting sound had a nuanced, inclusive and intimate feel.

In the last thirty years, numerous ensembles in the United States and abroad have adopted a more historically informed performance approach. The Handel Period Instrument Orchestra, organized specifically to perform in partnership with the Handel Choir, is founded on principles of historical performance practices. It consists of professional musicians who specialize in playing instruments constructed near the time of the music’s composition, or replicas. It is truly exciting to recapture the distinctive sounds closer to what was in the composer’s ears, and we are pleased that our organization, grounded in the performance aesthetic of baroque music through our namesake composer, George Frideric Handel, is performing with these considerations in the forefront.

A look at the programming of major symphony orchestras over the last 30 years will reveal that the performance of baroque and, to a lesser extent, classical repertoires have either disappeared or been considerably curtailed. The reason for this is the advent of period instrument performance practice.

Decades of musicological research and relentless pioneering work by performers interested in historically accurate performance has made it possible for today’s instrumentalists to perform the music of the 17th, 18th and early 19th centuries on instruments resembling those of the period in which the music was written. Quite a few instruments from different time periods and regions survive, making it possible for expert modern instrument makers to build copies or reconstructions of these originals. In the case of wind instruments, replicas are usually used since most of the originals became unplayable over time. In the case of string instruments, affordable copies and “unaltered” originals are most often used.

The term “unaltered” refers to the transformations that the majority of 17th- and 18th-century violins underwent in the 19th century to increase sound volume and tonal brilliancy. This was deemed necessary to project the sound in larger concert halls and to keep in step with evolving tastes. The sound of a “modern” violin is spectacular and in many ways is considered an improvement, but the tone quality and articulative possibilities are quite different from the instruments for which Bach, Handel, Mozart, Haydn and Beethoven composed.

Rediscovery of the “old” sound and the “old” performance practices that fit so well the music of its time has been an incredibly thrilling experience. It is in some ways the closest we can come to time-travel. This excitement has led to the establishment of music ensembles exclusively dedicated to performing baroque, classical and early romantic music on the instruments constructed to play that repertoire. Audiences have started to realize that, once they hear Bach’s St. Matthew Passion or a Lully opera on period instruments and with singers sensitive to historical stylistic differences, it is nearly impossible to go back. A good period instrument performance will peel away the layers of stylistic add-ons and allow the listener to experience the entire architecture of a work with astonishing clarity. The music is filled with new clarity, life and vibrancy.

Some major differences between period string instruments and their modern descendents include:

Among performance approaches used in “old” historical styles, a few include: 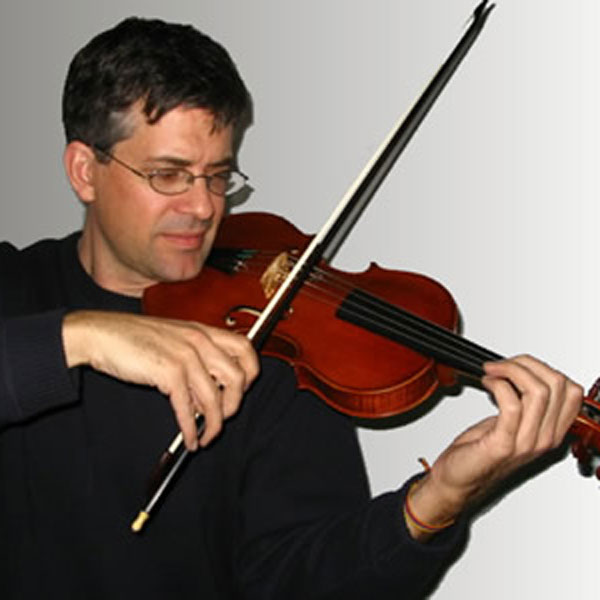 Christof Richter earned his Bachelor and Master of Music in violin performance at the Peabody Institute. He furthered his studies in Vienna at the Konservatorium der Stadt Wien and has participated in the Taos Chamber Music Festival, New England Bach Festival, Baroque Performance Institute at Oberlin, and the Institut für Musik und Kirche, Bressanone, Italy. A frequent performer in the Baltimore-Washington-Philadelphia area, Mr. Richter also regularly returns to his native Colombia, South America for recitals and concerto appearances. He has been concertmaster of the Washington Bach Consort and has performed with the Folger Consort, the Philadelphia Classical Symphony, La Trempesta di Mare, Brandywine Baroque, Philomel, Violins of Lafayette, Public Musick of Rochester, Pro Musica Rara of Baltimore and the Four Nations Ensemble of New York. Currently Mr. Richter plays with the Kennedy Center Opera House Orchestra, and he teaches at the Levine School of Music in Washington D.C.

Handel Choir thanks Preston and Nancy Athey for their sustaining support. Our 2021-2022 season is supported in part by grants from the organizations pictured, the John J. Leidy Foundation and the Harry L. Gladding Foundation, Inc.